On May 05, Lightfair 2015 opened at the Javits Center in New York today with the 26th edition of the world’s largest annual commercial and architectural lighting trade show and conference delivering the largest trade show floor in LFI history. Thousands of attendees from around the world flooded LFI exhibit halls to explore and experience the future of lighting design solutions.

Preceding and setting the stage for the trade show opening, the prestigious LFI Innovation Awards® highlighted the industry’s most innovative products and designs introduced during the last 12 months. The energy and excitement extending from the Awards is expected to continue through the close of the show on Thursday.

The “Reception & Celebration of the International Year of Light 2015 (IYL 2015)” at LFI took place this evening with opening remarks by Dr. Ana Peršic from the UNESCO office in New York followed by a member of UNESCO’s Steering Committee for the IYL, Dr. Ernest Arthurs, who is the CEO of SPIE.

Known as the “New Products Showcase” for many years, this LIGHTFAIR tradition has been renamed and redesigned to focus on both new and truly innovative and smart lighting technologies, products and designs. The LFI Innovation Awards honors industry innovations for lighting-related products and designs introduced in the past 12 months. Each product was judged by an independent panel of renowned lighting professionals. The 2015 LFI Innovation Awards saw 286 entries spanning 14 categories, with each submission judged by an independent panel of lighting professionals. Among the 14 winning companies are these key awards:

Category Winners are marked as such in their specific categories, you’ll find a complete listing at the pages of the LFI Innovation Awards. LFI has also awarded exhibitors that excelled in visual display and product presentation.

For LIGHTFAIR International 2015, the Pre-Conference program took place from Sunday, May 3 – Monday, May 4, 2015 and the LFI Trade Show and Conference run from Tuesday, May 5 – Thursday, May 7, 2015. LIGHTFAIR® International is the world’s largest annual architectural and commercial lighting trade show and conference and is sponsored by the Illuminating Engineering Society (IES) and the International Association of Lighting Designers (IALD).

Mark your Calendar for LFI 2016

The next edition, Lightfair 2016 Trade Show and (Pre) Conferences, will run from April 24 – April 28 in the San Diego Convention Center, San Diego, CA, USA. Also, the dates and location for Lightfair 2017 were announced recently: LFI 2017 returns to the Pennsylvania Convention Centre in Philadelphia. 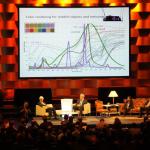 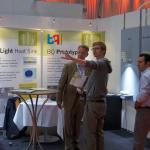 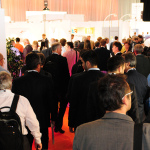 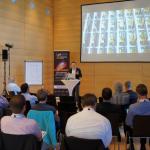 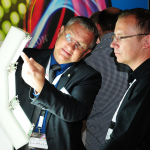 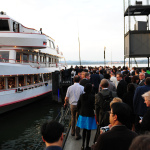 Light Building Frankfurt once again provided an impressive demonstration of its role as the world’s leading trade fair for lighting technology. The world’s biggest exhibition of lighting, electrical engineering, house and building automation and software for the building industry ended with a new record on the visitor side: 211,500 trade visitors (2012: 195,582) from 161 countries came to Frankfurt to find out about the latest innovations and solutions in lighting and beyond of the manufacturers taking part.

The visitor structure underscored the significance of Light + Building as the world’s leading trade fair for lighting and building-services technology. For the industry, the large proportion of foreign visitors (almost 1 out of 2) is an important factor for a positive assessment of the fair. Hardly any other fair in the world is distinguished by as many innovations as Light Building. Complex and highly efficient systems are developed in next to no time in the fields of lighting and building-services technology. In this respect, Light + Building 2014 exceeded all expectations by far and left no doubt about its position as the world’s leading trade fair for the sector. 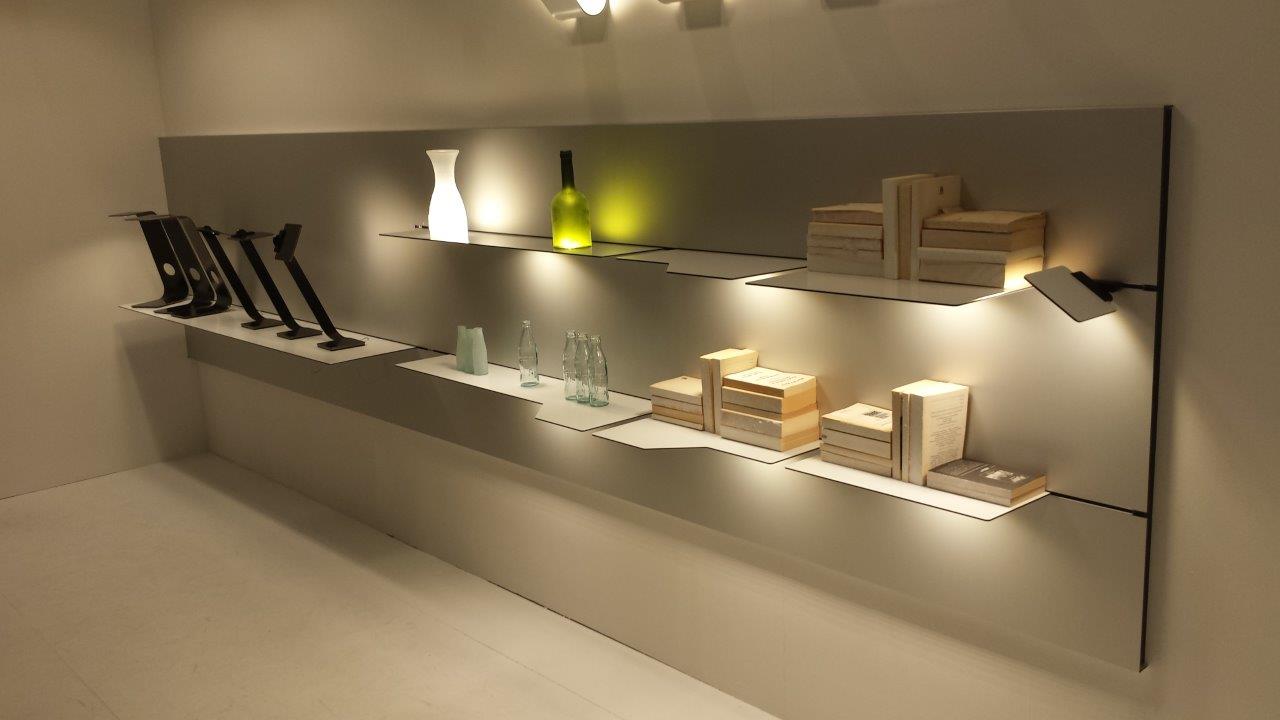 Light+Building 2014 set new records in all relevant areas. Light+Building is in a class of its own when it comes to smart lighting, light design and the future-oriented field of building and energy management. Manufacturers have demonstrated the great energy-saving potential offered by the use of innovative, market-ready technologies. 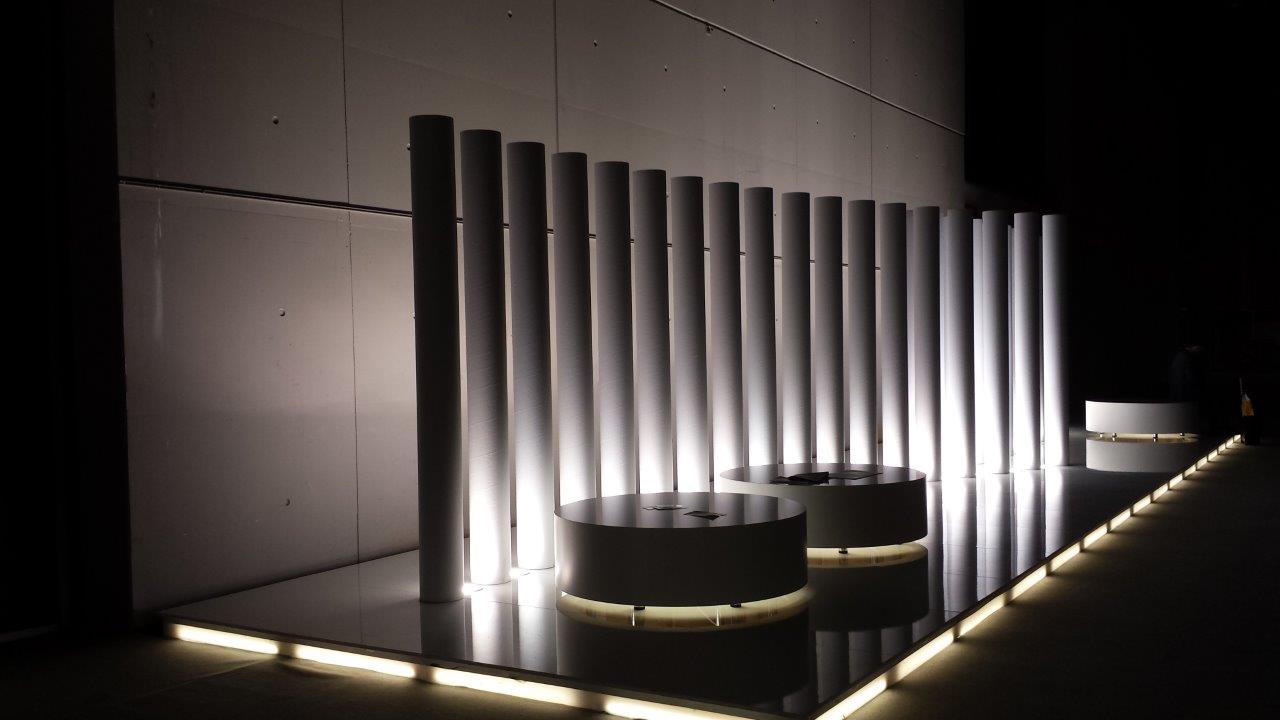 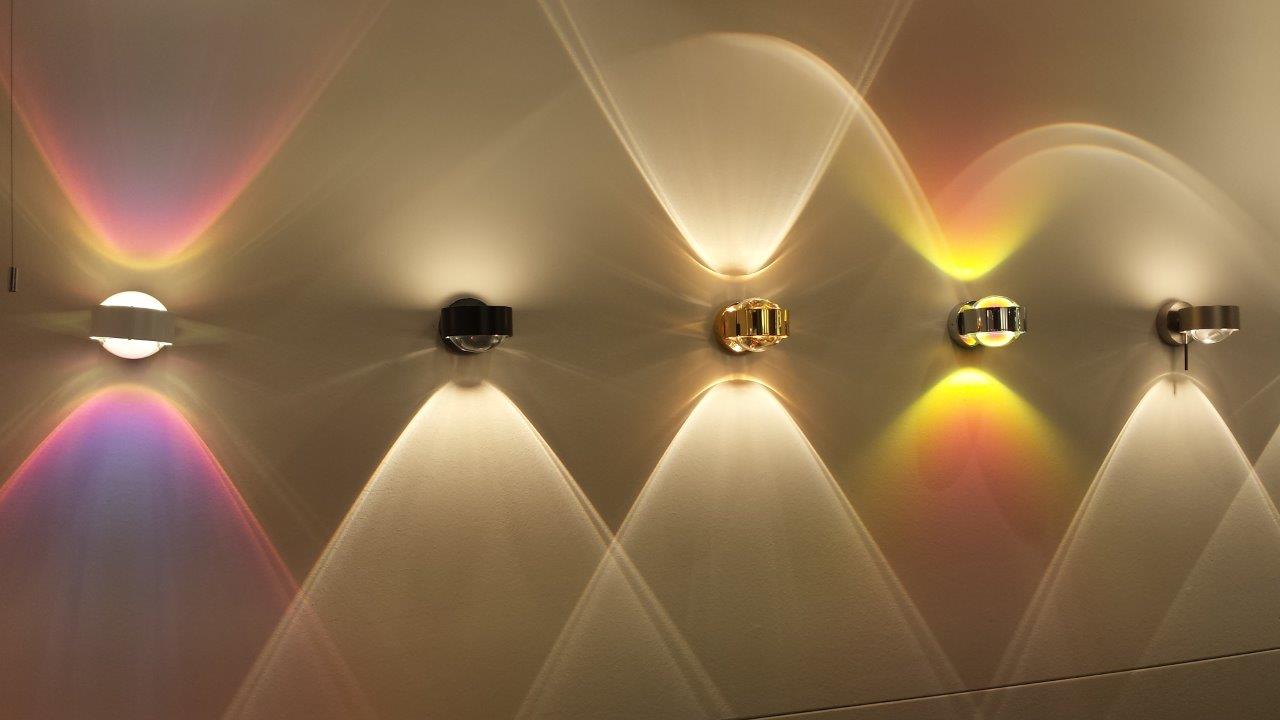 The spotlight of Light+Building 2014 was on energy efficiency, a vital aspect of the shift away from nuclear energy. The self-sufficient and sustainable use of energy is increasingly becoming the focus of the modern world.

You will find further information and photographs for downloading in the ‘For journalists’ section of the Light+Building website at www.light-building.messefrankfurt.com. 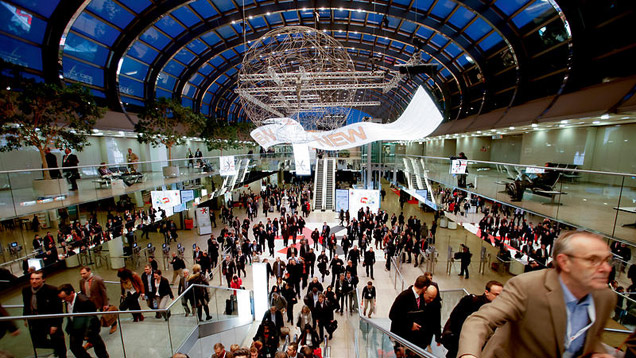 EuroShop 2014 Review: Retail in a Great Mood to Invest!

“MORE THAN 109,000 TRADE VISITORS ATTENDED WORLD’S NO.1 TRADE FAIR FOR RETAIL AND ITS PARTNERS IN DÜSSELDORF”

Retail companies and their partners came to their leading global event, EuroShop to Düsseldorf with optimism. Retailers’ currently high propensity to invest gave rise to justified hopes for a positive outcome of the trade fair. And people’s high expectations for EuroShop 2014 were actually far surpassed over the five days of the trade fair. From the first day of the event an outstanding atmosphere prevailed thanks to many new leads and an unexpectedly high number of business deals closed.

Two thirds of EuroShop visitors travelled to Düsseldorf from abroad with significantly higher numbers from overseas – both from North, Central and South America as well as from the entire Asian region. Delegations of large retail chains from such countries as Brazil, Colombia, Canada, the USA and China were welcomed at EuroShop. A total of 109,000 visitors from 110 countries were represented. In terms of European countries, more trade visitors from the Eastern countries such as the Baltic region and the Russian Federation were represented in Düsseldorf. 73% of all EuroShop visitors were executives, two thirds of all visitors stated they were involved in their companies’ decision–making processes.

With its size and diversity EuroShop 2014 provided a comprehensive overview of all important trends in the four segments EuroConcept – Shop Fitting, Architecture & Store Design, Lighting, Refrigeration Furniture and Cooling Systems. The 2,226 exhibitors from 57 countries included the market leaders from all these segments as well as young enterprises from growth markets.

Two aspects, above all others, were centre stage at EuroShop 2014: the staging and emotionalisation of the shopping experience through spectacular shop fittings, innovative and smart lighting concepts, creative design ideas and extraordinary materials. In addition to this, the multi-channel theme – i.e. integrating and linking the various different channels like the offline, web and mobile businesses with latest technologies – was omnipresent at EuroShop. Beyond this, energy-efficient lighting systems as well as energy-enhanced refrigeration systems and furniture were in focus for food retailers.

Meeting with an extraordinarily good response were the practice-driven forums at EuroShop. In brief lectures international expert speakers covered current issues from the areas of architecture and design, IT, multi-channel, sustainability and point of sale marketing.

The next EuroShop event will be held from 5 to 9 March 2017 again in Düsseldorf, Germany.