Carpetlight: State of the Art Lighting Technology combined with Textiles

Carpetlight, founded by Götz Schmidt zur Nedden and Till Sadlowski and based in Hamburg, Germany, finally found a way to offer customized flexible lamps in any size with any combination of LEDs to lighting professionals. The brilliant product reaches brightness and color rendering indices that have never been achieved before.

On the contrary to other smart-textile technologies currently used in design and fashion which are merely glimmering or decorative fabrics, Carpetlights´s novel product delivers a luminous output high enough to light whole objects and rooms. The lighting system comes in predefined packages for scene-, film- and stage lighting, but is even great for any custom architectural application, both in indoor and outdoor environments.

Different groups from the lighting profession have been dreaming for a while of truly flexible light sources. Initially, OLED lighting was promoted as the best future solution, but meanwhile, quite a few alternatives such as flexible- and planar lighting solutions appeared on the market.

We had the honor to spot the flexible system at LpS2016 in Bregenz, Austria and see the technology live demonstrated. Here’s a brief show demonstration video:

By the way, there are more interesting topics found in the the LpS 2016 Review.

The lighting system is lightweight, flexible, versatile, efficient and can be adapted to any desired form or function by folding, rolling, crumpling, hanging, wrapping, hooking or stretching it. The product is excellent for use at fashion shows, exhibitions, architectural applications, interior design or archeological excavations.

More information on the interesting concept can be found on the company website, or just visit Carpet Light in our “Inspiration” corner. 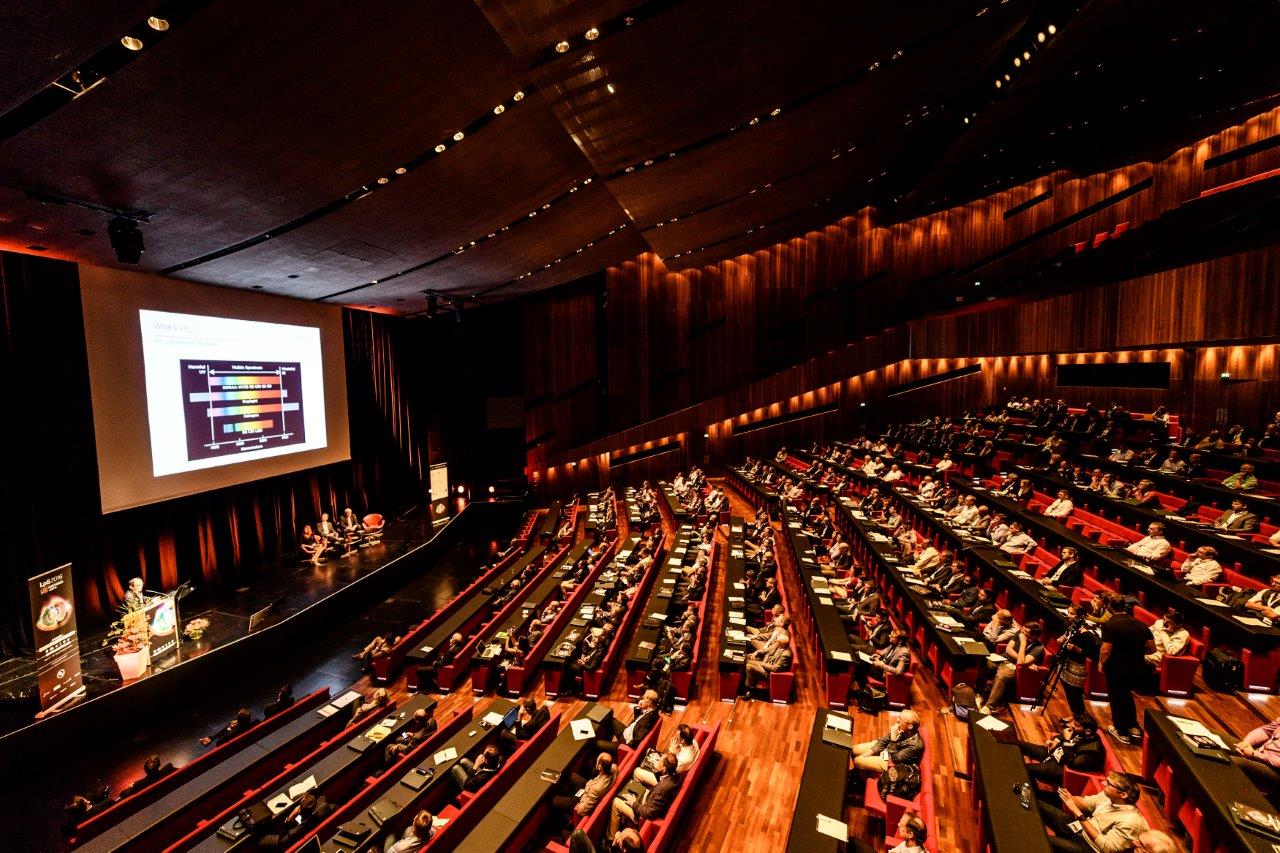 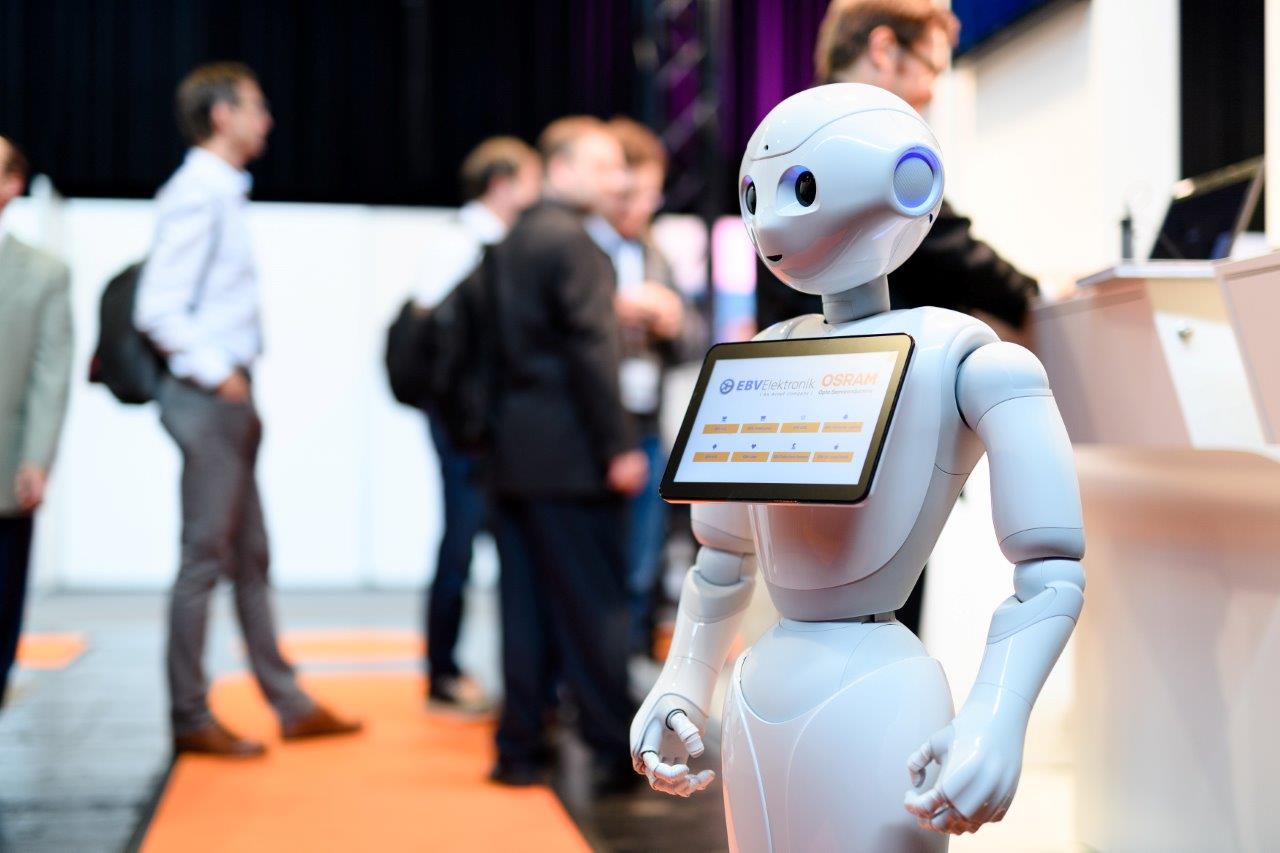 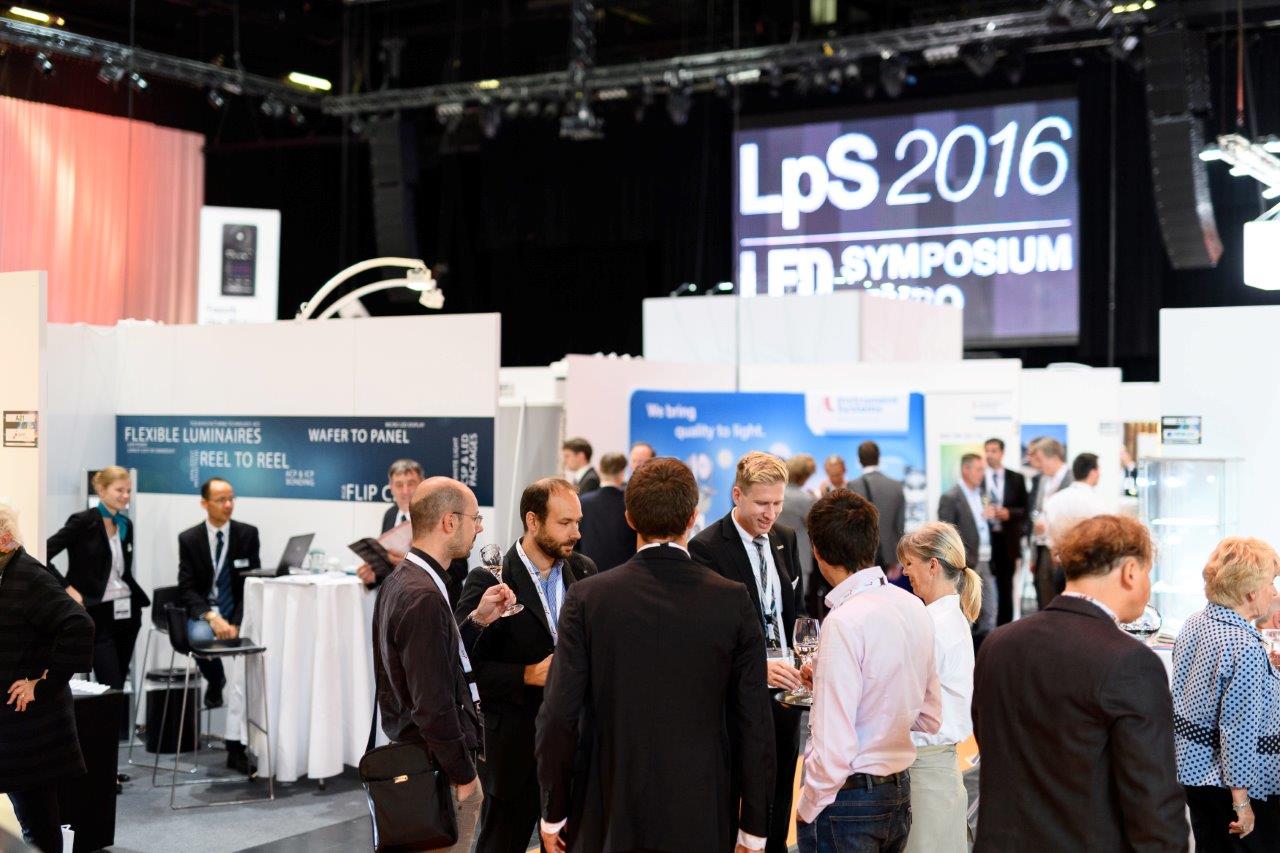 Following the succesful events LpS 2013, LpS 2014 and LpS 2015, the next LpS 2016 is Europe’s foremost LED & OLED Lighting Technology Event for people in industry and research who are involved in the design and engineering for future LED lighting systems in the fields of general, industrial and architectural lighting. 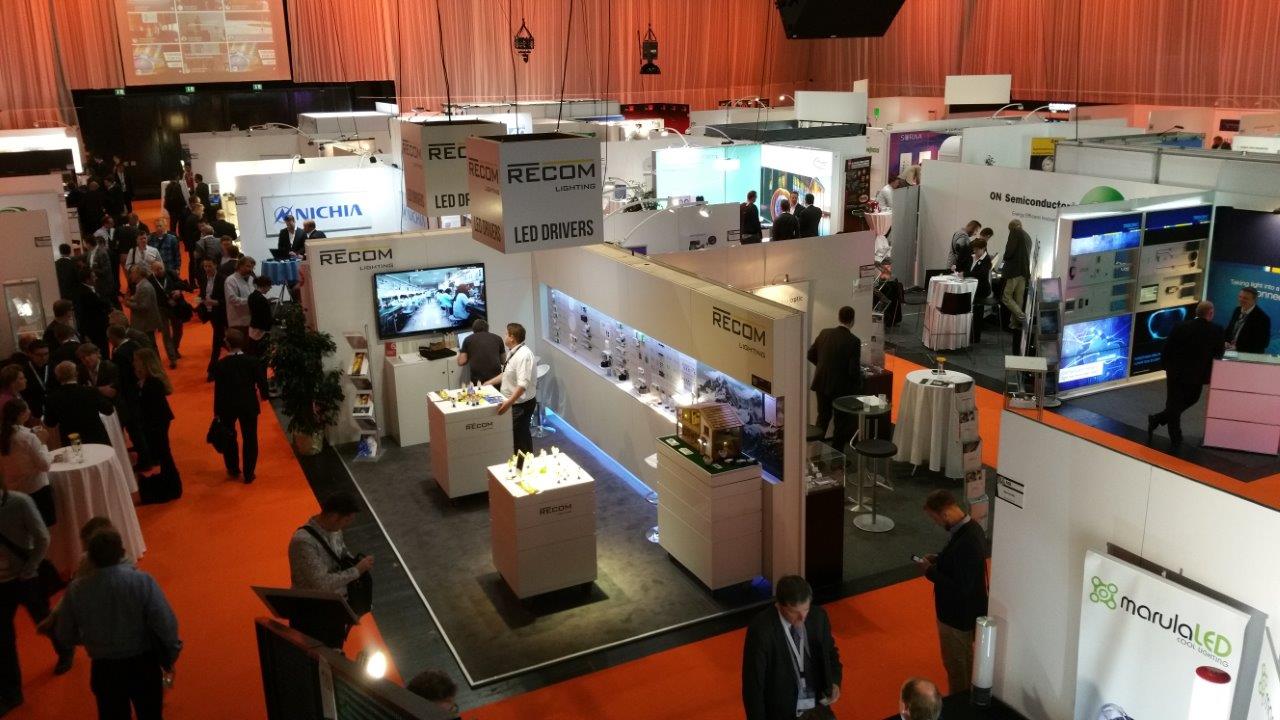 The LED professional Symposium + Expo will take place from September 20-22 for the sixth time and has established itself as an international point of reference for technical lighting professionals dealing with LED and OLED lighting components, modules and systems in the field of general lighting. In-depth discussions will take place and trends, innovations and new products will be examined.

The main focus of the symposium will be on Smart Technologies for Lighting Innovations and novel price winner Prof. Shuji Nakamura will be one of the keynote speakers. The Call for Papers for the LpS 2016 will open at the end of October, 2015. More information at www.LpS2016.com/CfP.

The combination of a three-day multi-disciplinary symposium, workshops, networking possibilities and an international exhibition is the perfect opportunity to explore sophisticated semiconductor lighting.

LpS 2016 Event: Home to Discussions and Presentations of the latest Lighting Trends and Technologies

Over 100 speakers, 100 exhibitors and 1,500 visitors from over 50 countries will be part of the LED professional Symposium + Expo, taking place from September 20th – 22nd in Bregenz, Austria. The Lps 2016 event – the leading European conference and exhibition in the field of LED and OLED lighting technologies will be home to discussions and presentations of the latest trends and technologies in the main application areas like Human Centric Lighting, Indoor and Outdoor Lighting, Automotive Lighting, Horticultural Lighting, Art and Museum Lighting and Medical Lighting. Attendees will also find out how the latest technologies influence the future developments in these major lighting applications.

Technologies are evolving fast from the light source to smart lighting controls, networks and finally to intelligent lighting. It’s a huge potential of new forces driving the future. On the other hand, we can obtain the individual and specific directions within the key applications as the mentioned above.

The LpS 2016 will be opened with fascinating keynotes featuring Nobel Prize Laureat Prof. Shuji Nakamura. Another highlight will be the Scientific Award Ceremony, where the best paper will be honored, after which will be the official opening of the high-class exhibition with internationally significant companies, media partners, scientific partners and Start-Up innovators. 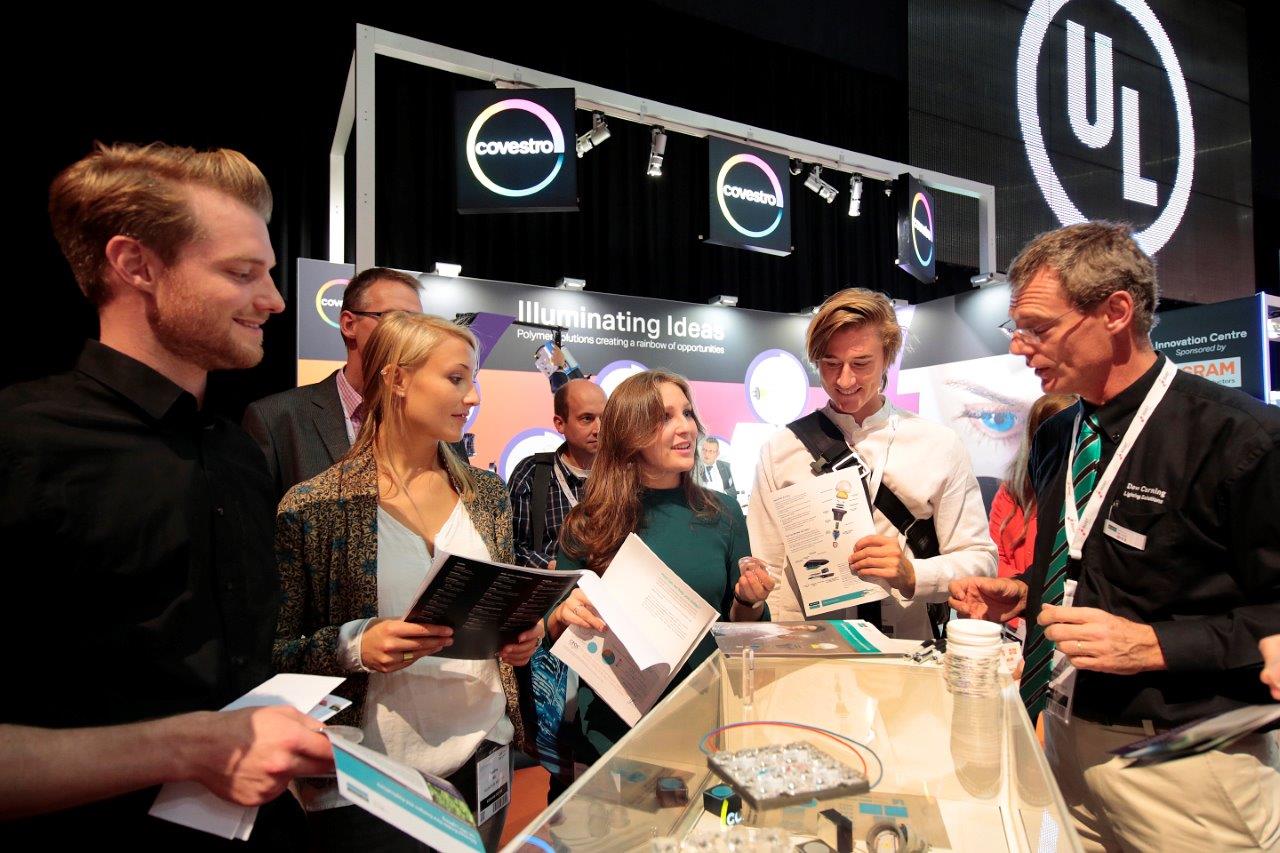 Among the myriad of products and services there will also be a humanoid robot and an Audi R8 with laser headlights to see. Selected product launches will be presented to journalists and lighting experts at the LpS 2016 press conference. The international lighting congregation has the possibility to strengthen business contacts at three networking events: the Exhibition Opening, a Meet and Greet evening organized by Munich Re and the Get-Together Evening aboard a cruise ship on Lake Constance. Finally, the organizers would like to thank the main sponsors of the LpS 2016: UL, auer Lighting, Dow Corning, Munich Re, Topsil Global, Tridonic, Osram and Wago.

Pictures in this post are courtesy of Luger Research e.U./LpS.