BIEL Light + Building Buenos Aires is the most important international event for the electric, electronic and lighting industry of Latin America. Currently, it is considered as the leader in the Spanish-speaking sector.

It is an unmissable event for professionals and businessmen since it provides a general overview of the market situation; exhibits the latest trends worldwide and offers a wide range of academic activities for updating.

The Biennial International Trade Fair of the Electric, Electronic and Lighting Industry is organized jointly by Messe Frankfurt Argentina and the Argentine Chamber of Electronic, Electromechanical and Lighting Companies (CADIEEL).

“LIGHT IS BRIGHTENING, COLORING AND EMPOWERING LIFE AND THE BASIS FOR ALL HUMAN ACTIVITY”

The International Year of Light 2015 recognizes the importance of raising global awareness of how light-based technologies promote sustainable development and provide solutions to global challenges in energy, education, agriculture, and health.

Why is light so important?

Light does not only connect people around the world, but it plays a vital role in creating solutions for important global issues. From photosynthesis to galaxies light years away, light is everywhere. Celebrate the International Year of Light and Light-based Technologies 2015 (IYL2015) and discover why light, is in fact, life.

Celebrate IYL2015 – Celebrate the International Year of Light in 2015 with us!

The science and technology of light are essential for the future development of humankind, and in the search of solutions to solve global problems in sustainability and healthcare through international cooperation.We sincerely hope that many others around the globe will follow us on the exciting journey of light. With light, we can build bridges, overcome gaps between poor and rich, young and old, light and darkness…

Light for the Future

We hope that International Year of Light will increase global awareness of the central role of light in human activities through optics and photonics, and that the brightest young minds continue to be attracted to careers in this field!

“THE WORLD’S LEADING TRADE FAIR FOR ARCHITECTURE AND TECHNOLOGY”

Around 2,300 exhibitors take part in the Light + Building Frankfurt 2014 Fair and Exhibition and almost one in two of the over 196,000 visitors comes from outside Germany. After Germany, the top ten visitor nations are The Netherlands, Italy, Austria, France, Switzerland, Great Britain, China, Spain, Belgium and Sweden. The most important visitor target groups are interior – and lighting architects, planners, lighting designers, artisans, design engineers, the distributive trades and industry.

Every two years, the industry presents its latest innovations for the fields of lighting, electrical engineering, house and building automation and software for the construction industry at the world’s leading trade fair for architecture and technology. The main theme at Light+Building Frankfurt 2014 is energy efficiency. 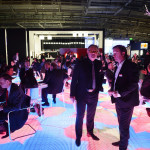 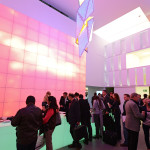 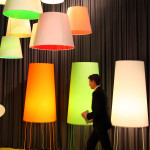 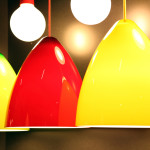 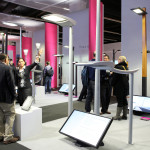 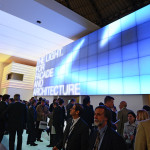 Light+Building is the world’s biggest trade fair for lighting and building-services technology and presents solutions that cut the energy consumption of a building at the same time as increasing the level of comfort. At the fair, everything is represented, from LED technology, via photovoltaic and electro-mobility, to intelligent electricity usages with smart metering and smart lighting grids. Thanks to the combination of lighting and networked building-services technology, the companies can present an integrated spectrum of products and services that make a decisive contribution to exploiting the energy-saving potential of buildings to the full.

Luminale: Light & Shadow in the City

When visiting Frankfurt next March-April, please consider also visiting the ‘Luminale‘, Frankfurts’ annual Lighting event that runs parallel to the L+B show. Famous Lighting Designers and Artists and brings the light from the show into the city. The landmark of this year’s Luminale will be light and shadow on the ‘Nextower’.

We could highly recommend you to use the “L+B Smartpone App” when planning your visit to Frankfurt and staying there during the show. More info about Light + Building Frankfurt 2014, travel and access is available on the official show website. Light Building Frankfurt runs from March 30 until April 04, 2014. 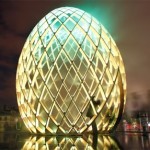 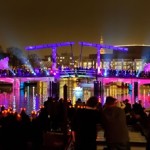 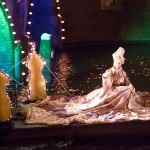