From ‘The Source‘ in 2017 and ‘Shadows & Light‘ in 2018, ‘Living Colors’ is now the main theme for GLOW Eindhoven 2019. The last part of the tryptic. In this edition’s Living Colors, GLOW extricates light from the source. What happens when we disassemble the spectrum of light? What colors do we see, where do they lead us? How does the color relate to the source of light? The theme will be presented to the light artists to incorporate this in their work of art, giving it their own and free interpretation.

With GLOW, the strong connection that Eindhoven has with light is accentuated. The match industry established itself in 1870 and Philips opened an incandescent bulb factory in 1891. This is how the city formed a source of light for the whole world. It is not without reason that Eindhoven is known as the City of Light.

GLOW makes the Eindhoven DNA tangible. Eindhoven is traditionally a city of light and now more than ever this is the city of Technology, Design and Knowledge, and most especially a combination of them. This is shown in a magical and accessible way using light.

At GLOW, the emphasis is on creating new light art, with talent development as a connecting factor; this is what GLOW strives for. In addition to the major international light artists GLOW makes increasingly more space for innovative and unique local projects.

New talent is connected with established artists and works together with high-tech organizations. Starting this year, these homemade light artworks are created in so-called ‘Lightlabs’.

The results are almost always world firsts: new technology and new projects. GLOW offers these talents a stage, for the purpose of displaying their art worldwide. This is how GLOW whishes to spread its mission: Eindhoven makes a difference in light art.

GLOW Eindhoven 2019, currently in its 14th edition, is organized by the GLOW Eindhoven foundation. The festival runs in the public space throughout the city and is accessible for free. The event has grown from 45,000 visitors in 2006, to a record number of more than 750,000 visitors during the 2018 edition. Positioning GLOW Eindhoven among the top five of best-visited light festivals in the world. Each year, the festival revolves around a theme.

Pictures in this post are courtesy of GLOW and/or affiliated partners.

The International Year of Light and Light-based Technologies 2015 (IYL 2015) was proclaimed at the United Nations General Assembly in December 2013. Under the leadership of UNESCO, IYL 2015 brought together hundreds of (inter)national partners to raise awareness of the importance of light science and technology in areas such as sustainable development, energy, education, climate-change, and health. 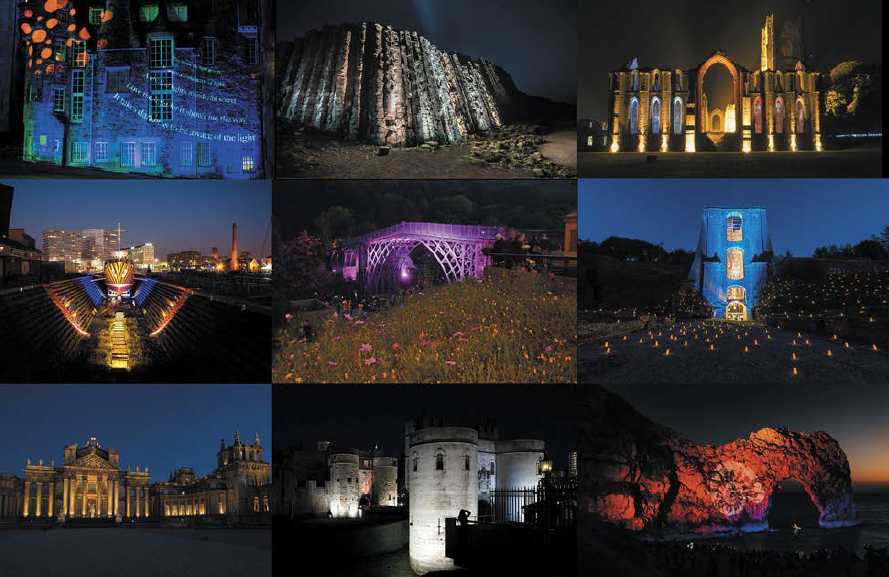 IYL2015: A remarkable diversity of over 13,000 events took place throughout the year with an impact in 147 countries.

IYL2015: A diversity of Remarkable Events

The IYL2015 Opening Ceremony in Paris in January 2015 set the scene for the year of light, and throughout the year over 13,000 events took place with an impact in 147 countries. Centered around various topics and target groups, such as education and outreach for students and the public, specialist workshops in science and industry, forums on the historical development of science, conferences on sustainable development; from public light festival and displays to works of music and light art and lighting literature. Events were targeted at all levels—from preschool children learning science for the first time, to politicians, diplomats, and even royalty convening high-level meetings discussing the importance of technology for the future. 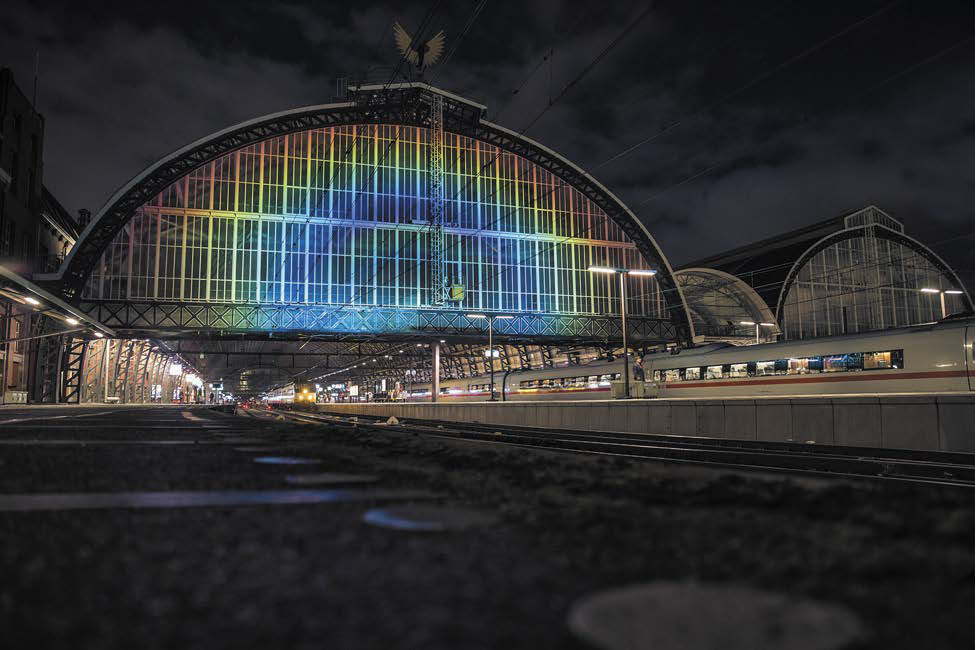 The IYL 2015 Final Report describes first its origins and goals, and then providing a summary of the many events and activities that took place worldwide. The report also contains information on organisation and communications, and it is hoped that these details may provide guidance for others who may wish to organize a similar global outreach initiative in the future. It is now up to us to build on what we have learned and what we have accomplished during 2015 to continue to work together for the betterment of all.

This post was inspired by the closing letter of John Dudley, Chairman of the IYL 2015 Steering Committee. In case you want to read the full report, here’s a link to the International Year of Light 2015 pages where you can download the .PDF document.

The Lights in Alingsas 2016 event consist of five weeks of outdoor lighting settings. Since its start in the year 2000, every October leading lighting designers are invited to Alingsås to transform evening outdoor environments into fascinating and exciting lighting art installations.

During the years Lights in Alingsås has so turned into the largest lighting event in public spaces in Northern Europe. Its concept has made it a crucial meeting point for lighting designers, students and other people from the lighting profession.

The event is an incredible experience for the visitors, that can have the opportunity to live top quality examples of architectural lighting surrounded by other activities such as concerts, exhibitions and events related to light.

Lights in Alingsas 2016: An Amazing Place for Meetings

Here, friends meet to hang out and to take a walk while visiting the lighting installations, companies take the opportunity to arrange conferences and the lighting designer and other people in the industry get together. Every year, Lights in Alingsås attracts 85,000 visitors. The theme of the Lights in Alingsås festival 2016, is “The Enlightenment”

Pictures are sourced from the Light in Alingsas website.

The Genius Loci Weimar Festival celebrates its 5th anniversary on the weekend of August 12th -14th 2016, inviting to a nocturnal tour to the Ilmpark to experience the special charme of this historical landscape garden and UNESCO World Cultural Heritage site.

Since 2012 the Genius Loci Weimar Festival for videomapping and facade-projection utelises light and sound to bring the buildings of Weimar to life. Using state of the art projection-technology, facades, spaces and objects are „brought to light“. The main idea is to capture the genius loci – the spirit of the place – taking in the history, the architecture and the people associated with the place and to make this spirit perceptible through videomapping.

The winning entries of this years videomapping-competition will be shown on the pitoresque ruin of Tempelherrenhaus, the Sternbrücke and on a special installation of water-screens at the Stern. At Hafis-Goethe-Denkmal the winners of the spatial audio competition will create an audible dialog between the oriental and the occidental world.

Last edition of the Genius Loci Weimar Festival – a city brought to light!

This year the Genius Loci Lab – the festivals audiovisuel adventure playground – takes place at the E-Werk close to Ilmpark and Sternbrücke.
AV artists, vjs, musicians, light- and interior designers get together already in the week leading up to the festival to develope their collective live-shows and spatial interventions. The labs program is varying, dynamic and diversified. None of the shows is like another.

Starting at 06:00pm audiovisuel live-concerts at the Lichthaus will guide you into the evening. All the night lovers can enjoy the Genius Loci Club at Kesselhaus on Friday and Saturday.  The Tickets for the concerts at Lichthaus and the club can be purchased directly in the evening at the locations. All shows in the outdoor areas and the park are openly accessible and for free.

The Weimar community is looking forward to your visit! More information is available at the event website.

Pictures in this post are courtesy of GENIUS LOCI WEIMAR.

Here’s a summary of the impact of the e-Luminate Cambridge 2016 Festival and the work that the e-Luminate Foundation does each year to bring this independent light festival to the Cambridge Community with the support of our wonderful sponsors and volunteers.

For those who missed the festival, or want to look back to their initial experiences, here’s an overview of some of the installations and events in the 2016 programm:

For more details about the event, please check out the event website at www.e-luminatefestivals.co.uk. 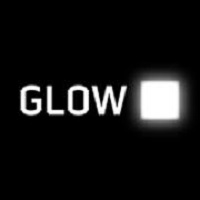 From 7 until 14 November 2015, Eindhoven will be all about Light Festival GLOW. Around 50 light artists have created light installations, sculptures, projections and performanced. These all offer the visitor of GLOW a surprisingly new perspective on the city. GLOW can be visited, free of charge. Over 650,000 people visited GLOW last year.

GLOW NEXT, where new projects are based on experiments which are shown for the very first time. Eindhoven is a pioneering city and a breeding ground for creative, artistic and technical talents who show their skills at GLOW NEXT.

This year, GLOW will have its 10th anniversary. This will be celebrated at Stadhuisplein, right under the light arches of light artist De Cagna, one of the GLOW highlights of the past editions. If you want or can’t join this remarkable event, you can take a visual tour online.

Creativity and technology meet in Lyon’s Fete des Lumieres: For four nights a variety of different artists light up buildings, streets, squares and parks all over the city.

Millions of visitors both French and from abroad enjoy the friendly and joyful spirit of this unique event, another celebration of the International Year of Light 2015.

The Fête des Lumières 2015 program is expected to be online at the event website starting November, the printed program will be available by the end of November at designated distribution points and at the Tourism Office (Place Bellecour).

You will also be able to find it on the smartphone app for Android or IOS that can be downloaded towards the end of November 2015.

“LAUNCH INTERNATIONAL YEAR OF LIGHT 2015 AT UNESCO HQ IN PARIS”

With just hours to go before the start of 2015, the International Year of Light is getting ready for a grand Opening Ceremony to be held on the 19-20 January 2015. The Opening Ceremony will introduce all key themes of the year, acting as inspiration for events worldwide during 2015 to raise awareness of the importance of light-based technologies in providing solutions to worldwide challenges in areas such as energy, education, communications and health.

Over a thousand participants will celebrate the opening of the International Year of Light in Paris for the two days, and speakers and attendees will include international diplomats and decision-makers, Nobel laureates, CEOs, and science and industry leaders from across the globe. After high-level opening addresses by international political leaders, a series of keynote lectures, symposia and round-tables will cover areas of basic science, innovative lighting solutions for society, light pollution, emerging trends in photonics, the Einstein Centenary, the role of light-based technologies in addressing global challenges, light in art and culture, the history of science, and science policy.

Keynote speakers from the light science community will include pioneering and inspiring scientists who will speak on a diverse range of topics: light and life, energy, telecommunications, and the fundamental physics of light-matter interactions. The IYL2015 programme will also include contributions by leading presidents, architects, CEO’s along with many other leading scientists and representatives from international NGOs.

The programme will also feature several cultural and musical interludes, and the outside of the UNESCO Building in Paris will be lit by Finnish light artist Kari Kola with a display entitled “Light is Here” which will reflect the powerful elements of the Northern lights.