Last weekend, giants and giant heads, dragons, devils, sardana dance and other expressions of popular culture awoke to celebrate the winter festival in honor of Saint Eulalia, patron of Barcelona city. After dark, lights start to illuminate Barcelona during Llum BCN 2016, a festival in which tradition merges with new forms of expression that transformed the city with the language of light. 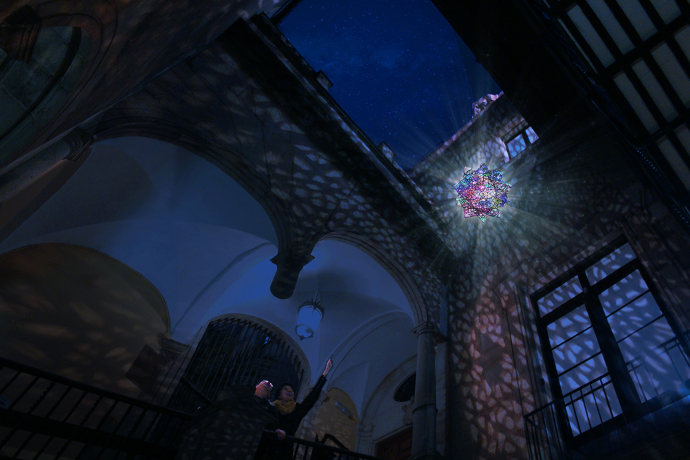 From Friday 12 until Sunday 14, the city of Barcelona was illuminated after dark. The face of some of its buildings, squares patios and unique corners told new stories with the power of light as a raw material.

Llum BCN 2016 – festival of light and art in the Old Town of Barcelona City.

Barcelona offers its talents an opportunity for experimentation and create a festival of lights in its urban environment. The experience and the talent of renowned artists joins the innovation capacity and courage of the students of the schools of art, architecture, design and lighting. They moved with their light installations into the most emblematic patios of the Old Town.

With warm thanks to Lightecture for providing us with inspiration for this blog post!