Moonflower: A Versatile Composition of Light and Color through Modular Shapes

Moonflower’s composition of lights and colours originates from the versatility of a simple but modular shapes in which the light propagates and comes to life. The easy-to-install modular system of the Linea Light Group evokes emotion and adds a new dimension to cladding walls with light.

Moonflower’s distinctiveness stems from its unique unrivalled compositions: modules are versatile and may be changed with a simple gesture thanks to the magnetic cap through which they can be removed and positioned as desired. An ever evolving style, just the way the lighting designer or lighting architect wants it.

The system’s modularity makes it the ideal solution for a variety of settings and indoor sizes. Its features are enhanced in large public areas, while in smaller spaces its enchanting light shines like a gem.

Furnishing with Light that comes to Life

Each modular tile conceals a compact “heart” made of light: an optical unit enclosing the lighting technology of the best RGB LEDs integrated in a customized circuit. The “intelligence” is a driver with as many as 21 pre-set programs for static and dynamic colour effects: a wealth of highly scenographic combinations that will meet all tastes! Upon request, Moonflower can be customized through the DMX protocol. 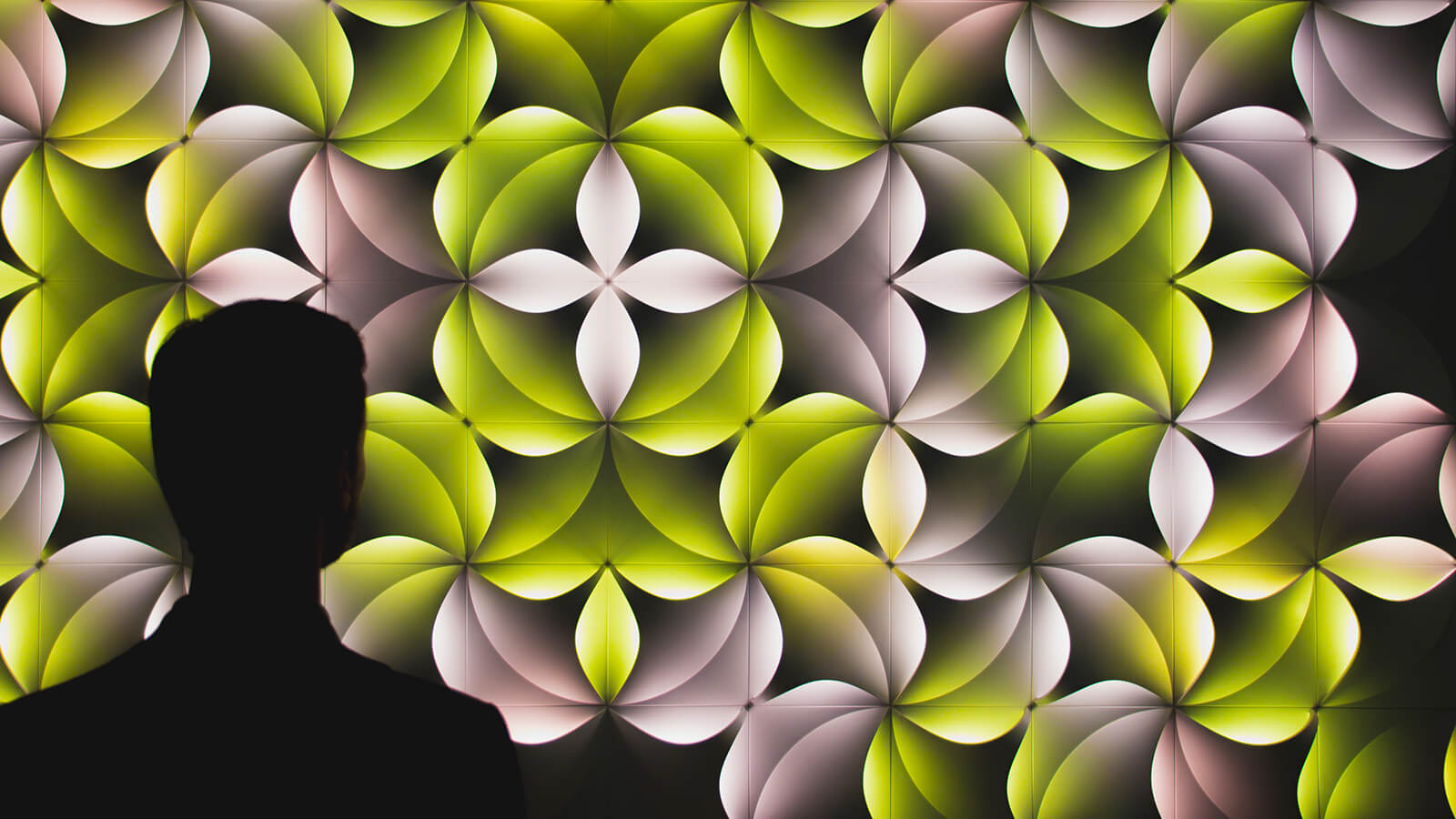 Tough it may seem extremely delicate, Moonflower is a LED wall combining sturdiness and lightness. Practical and reliable, its self-supporting structure is achieved by integrating the many modules that are connected to each other through convenient side brackets. With only a few screws, you will be able to install a remarkably large structure onto the wall.

We’ve seen the impressive system live at Euroluce 2015, and we’re sure that at the next Euroluce 2017 and Light + Building 2016 in Frankfurt it will be featured as well!

Pictures in this post are courtesy of the Linea Light Group.