From December 1st, 2016 until January 22nd, 2017, the city of Amsterdam lights up for the 2016-2017 Amsterdam Light Festival. Over 35 artworks from international light artists, designers and architects find their way to the Dutch capital. 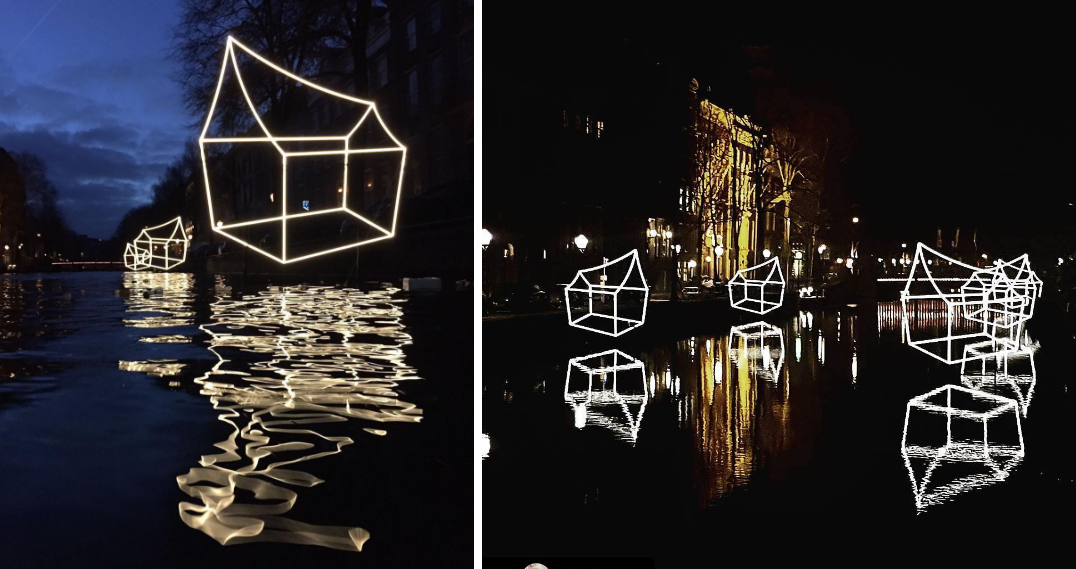 Welcome to my Hometown Artwork by the Lighting Design Academy

The artworks are located alongside two different exhibition routes: Water Colors, the boat route, and Illuminade, the walking route. More information about the festival and its routes can be found in the link below.

‘Illuminade’ is the walking route of Amsterdam Light Festival. It is opened daily from December 15, 2016 – until January 08, 2017. For bigger groups it is possible to book a guided tour  along 20 light artworks in the cultural Weesper and Plantage neighborhoods.

‘Water Colors’ is the boat route of Amsterdam Light Festival, where the famous Amsterdam canals form the decor for the light art objects. Water Colors is opened daily from December 01 2016 until January 22 2017. Most of the boat tours start from the Amsterdam Central Station.